KAPOROS: An Unholy and Dangerous Ritual

Presented by Awakening Respect and Compassion for All Sentient Beings

Due to unforeseen circumstances, the webinar will now take place on Wednesday September 28th.
Please join us!

Registration for this event is required.

You can also see more about the event at the facebook event page.

Please join us for an important conversation with UPC President Karen Davis, PhD; attorney for the Alliance to End Chickens as Kaporos, Nora Constance Marino, Esq.; and Alliance member and Lead Plaintiff, Rina Deych, to learn about the annual Kaporos ritual coming up in early October, 2022.

At this annual event, as many as 60,000 chickens will be cruelly slaughtered on the public streets of Brooklyn, NY. Not only is this a cruel nightmare for the baby birds who will be terrorized and killed, but it is a dangerous public health threat. Kaporos is essentially a wet market, like the wet market where Covid-19 originated, and poses a serious risk of spreading the current bird flu virus which is decimating birds worldwide and could at any moment mutate into a global human pandemic.

Hear from our expert panel about why this ritual takes place, how it violates Jewish law, their efforts to stop it from happening, and how the Alliance to End Chickens as Kaporos is helping the few survivors — over 700 birds were rescued in 2021—who manage to escape being killed every year and make their way to loving homes and sanctuaries. You can also find out how you can help these survivors directly.

KAREN DAVIS, PhD is the President and Founder of United Poultry Concerns, a nonprofit organization that promotes the compassionate and respectful treatment of domestic fowl including a sanctuary for chickens in Virginia. Inducted into the National Animal Rights Hall of Fame for Outstanding Contributions to Animal Liberation, Karen is the author of numerous books, essays, articles and campaigns. Her books include A Home for Henny; Instead of Chicken, Instead of Turkey: A Poultryless ‘Poultry’ Potpourri; Prisoned Chickens, Poisoned Eggs: An Inside Look at the Modern Poultry Industry; More Than a Meal: The Turkey in History, Myth, Ritual, and Reality; and The Holocaust and the Henmaid’s Tale: A Case for Comparing Atrocities. Karen’s latest book is For the Birds: From Exploitation to Liberation – Essays on Chickens, Turkeys, and Other Domesticated Fowl. Karen hosts a biweekly podcast series titled: “Thinking Like a Chicken: News & Views.” 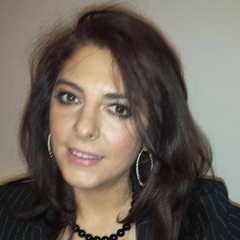 NORA CONSTANCE MARINO, Esq. has been in the private practice of law for over two decades, focusing on negligence, civil rights, and constitutional law. Appointed by then-Mayor Bloomberg, and reappointed by then-Mayor De Blasio, Nora served as a Commissioner on New York City’s Taxi & Limousine Commission for a decade (unsalaried) and has received numerous prestigious awards, such as Queens County Courier’s Top Women in Business, New York State Senate’s Women of Distinction, and has been named a Super Lawyer by Thomson Reuters four years in a row.

In 2015, Nora launched litigation against the City of New York and certain Kaporos practitioners in an effort to get the practice of using chickens for Kaporos banned, and/or to get the City of New York to enforce the multiple laws that are violated because of the practice. Nora combed through dozens, if not hundreds of laws to determine these laws that are violated, and her work is frequently cited and referenced to this day. The lawsuit went all the way to New York’s highest Court, the Court of Appeals, and although in the end it was unsuccessful, the lawsuit garnered much-needed attention to this event and got major press coverage. Nora is also the president and founder of the Animal Cruelty Exposure Fund, a not for profit organization that got several commercials on mainstream TV throughout the country. The ads exposed factory farm cruelty and encouraged veganism. Nora continues to advocate for both humans and animals as both an attorney and an activist. 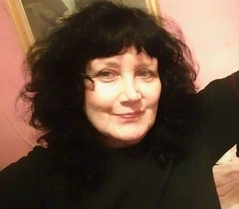 RINA DEYCH is a registered nurse, long time vegan, and animal advocate and rescuer. She grew up in an Orthodox Jewish household. There are 18 generations of Orthodox rabbis in her family. For 28 years she has been promoting the use of money, instead of chickens, in the ritual of Kaporos. In 2010 she joined with Karen Davis and several other activists to form the Alliance to End Chickens as Kaporos. In 2015 she was a plaintiff in a lawsuit filed by attorney Nora Marino to compel the city to enforce the 15 city and state laws being broken during the practice of this ritual. Ms. Deych is determined to continue to work to end the use of chickens as Kaporos no matter how long it takes.

Please join us on Wednesday, September 28 for this important event for chickens!