We Protested and Pleaded for Two Kaporos Chickens in San Diego, CA

Six of us demonstrated peacefully on September 23rd against the chicken Kaporos (Kapparot) ritual at the Chabad-Lubavitch Center at the Chabad Center in University City in San Diego. I estimate 25 people or fewer took part in the ritual. We had a conversation with the rabbi (who reflexively called us “anti-Semitic”) and other practitioners who said, as these people always say, that they did not cause the birds any suffering (interesting because you could tell the birds had suffered prior to this event). They also said they would not kill these chickens. 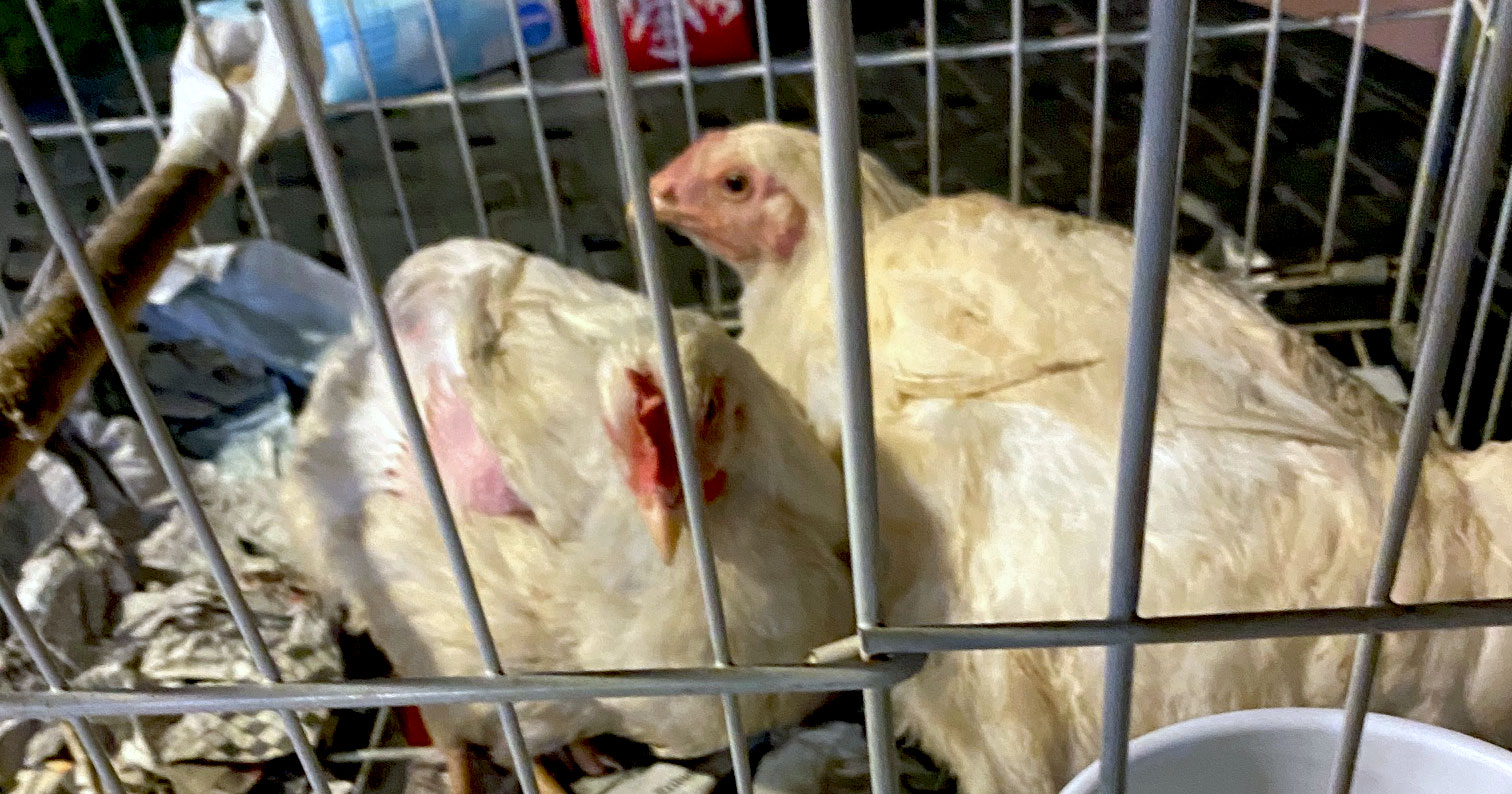 The two starving and exhausted birds in the cage with the crumpled newspaper were swung over and over by the practitioners in the ritual. The rabbi told us he was the only one handling the birds. They looked quite tired when our fellow activist, Ellen, saw them after the ritual. The rabbi would not let us take them to a sanctuary. He said they were being returned to the farm – probably the same farm they came from, where they will be, or already have been, killed onsite or sent to slaughter, if not already dead from sickness, stress, malnutrition, and dehydration. One practitioner said the birds were held “like babies,” not suspended by their wings. We did not see so cannot confirm how the chickens were held over practitioners’ heads as the chant about making them suffer and die in place of the practitioner was being recited.

In addition to holding signs, we handed out Chickens brochures to some of the practitioners. 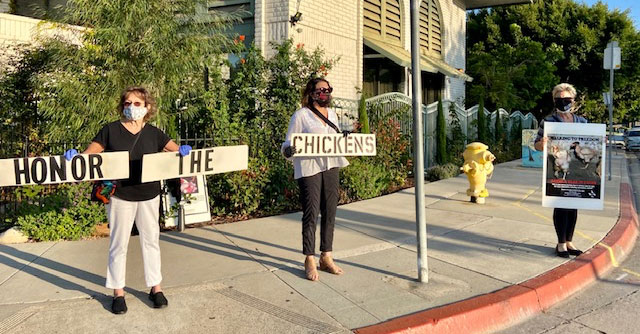 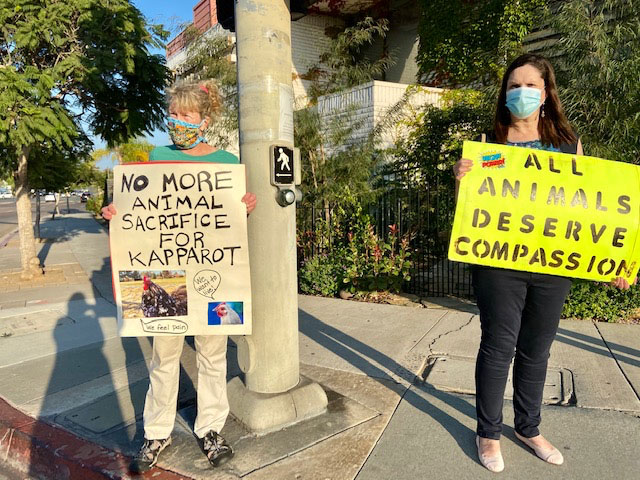