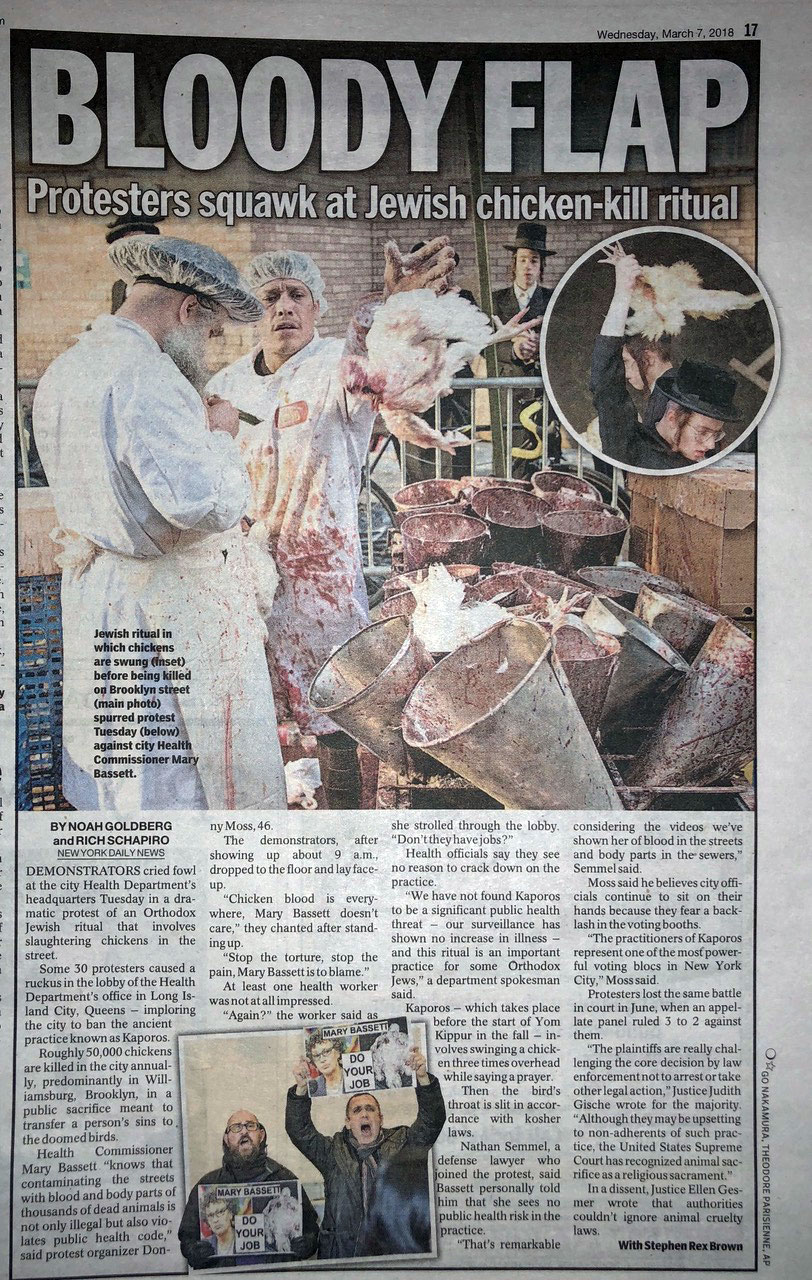 Activists took over the lobby of the city agency on Tuesday, demanding that Health Commissioner Mary Bassett take action to prevent another bloody massacre from happening in NYC streets this year. Over half a dozen of the laws that are violated by using chickens for Kaporos are health codes, making Dr. Bassett the logical target in order to effect change. This disruption comes on the heels of two protests at the Commissioner's home, as well as a previous lobby disruption at the DOHMH. The residents performing these actions have promised to continue making their voices heard after years of inaction and virtual non-response from the Department of Health.

Details of the recent protests can be found here:

Dr. Bassett has sat down with the Alliance to End Chickens as Kaporos (AECK) and reviewed extensive documentation, including an ABC News segment featuring a quote from City Hall promising enforcement of Health laws leading up to 2017 Kaporos, as well as a 14-page Toxicology report. Among other damning conclusions and assessments, the report opines, “Kaporos activities produce unsanitary conditions...constitute a dangerous condition and pose a significant public health hazard.” The findings of said report have not been disputed, yet Commissioner Bassett’s response to AECK and to activists is, “Although I appreciate your forceful advocacy on this issue, at this time, there is no evidence that the use of chickens for Kaporos poses a significant risk to human health.”

Email the Commissioner demanding that current laws be enforced. It is not her job to ignore those who violate laws with impunity, nor is it her job to wait for an epidemic. It is her job to ensure health codes are enforced and that NYC residents are protected, and there IS evidence that chicken Kaporos poses a significant public health risk. Ask what the Department of Health and Mental Hygiene will do to prevent this atrocity from happening again: mbassett@health.nyc.gov