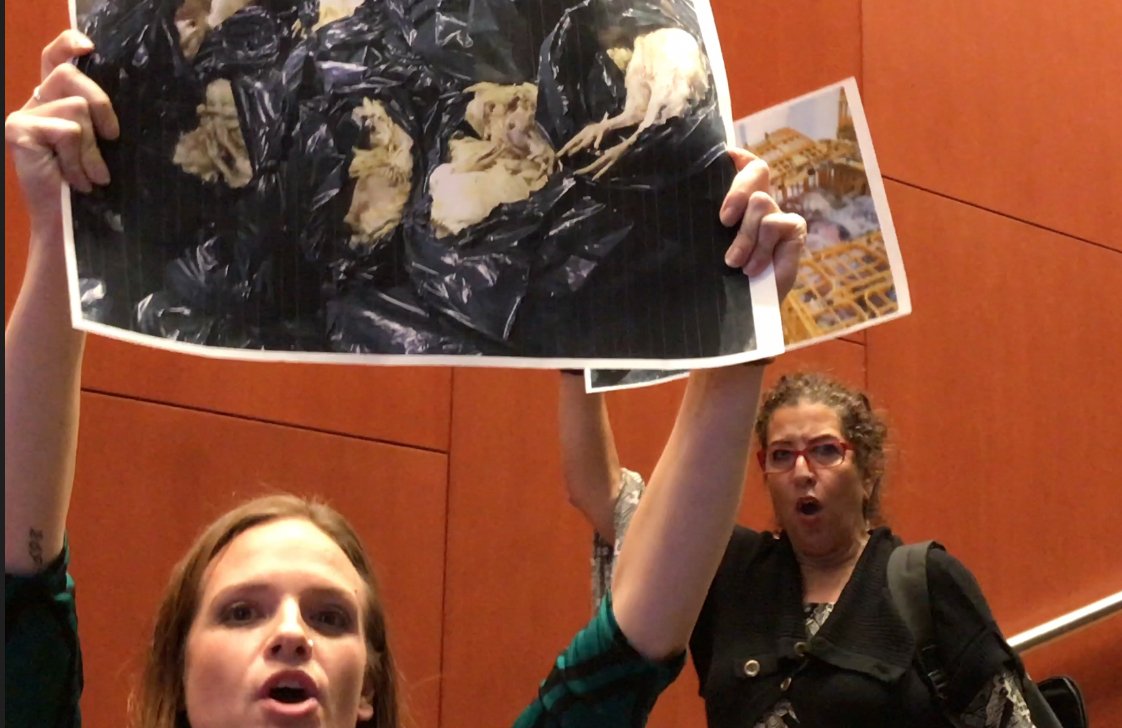 A disruption was held Monday night, October 23rd, at Columbia University at an event at which the Commissioner of the New York City Department of Health (DOH), Dr. Mary Bassett, was speaking.

At the event, Bassett claimed that the Kaporos issue has been litigated, essentially excusing the DOH's lack of response, and blaming it on the court's decision. This is a complete misrepresentation regarding what the decision actually says — the court decision does not prevent the DOH from enforcing the health code. She also stated that it has been determined that there are no health risks associated with Kaporos — another complete misrepresentation. At no time during this litigation has the NYC Department of Health retained their own toxicologist to do any type of report or make any scientific determination.

At one point, Bassett said she would meet with the people disrupting the event. Stay tuned.